Manchester by the Sea has been nominated for 6 Academy Awards and deservedly so!  But the movie is not just a spectacular film; it’s also a reminder about how important it is for a parent to plan for their children if they are not around.

In the movie, Lee Chandler, played by Casey Affleck, learns that after the unexpected death of his brother, he has been appointed the sole guardian of his 16 year old nephew. Lee is forced to return to his home town to care for his nephew and confront a past he has been trying to avoid. The film realistically captures how someone in Lee’s situation struggles with the heavy responsibility of suddenly becoming a parent.

As I was watching the movie, I couldn’t help but think of the guardianship documents that we customarily prepare for our clients. As a parent, choosing a guardian for your child is one of the many important decisions you have to make. But, guardianship is more than just naming someone to raise your children; it’s about planning and safeguarding their future. If you can no longer care for your children, you want someone to step in who reflects your values and standards of care.

This movie is a beautiful reminder that life may be uncertain, but your responsibilities are not. While Manchester by the Sea presented a unique type of situation, it is universal that it’s every parent’s responsibility to have a guardianship plan in place should the uncertain happen. A parent shouldn’t delay in making this important decision. Contact us and we’ll be happy to take you through every step of the process. 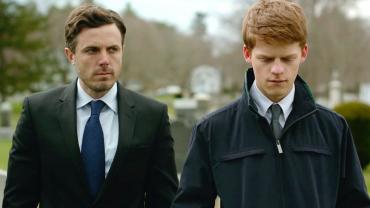