Local communities have been quietly buzzing for some time now regarding Millennium Partner’s proposed Winthrop Square Garage Tower on 240 Devonshire Street.  Local buzz, however, turned national when The New York Times ran an article this week highlighting the deepening divide between developer friendly policies as supported by Mayor Walsh, and historical and consumer advocacy groups as most recently championed by Secretary of State William Galvin.

For those not keeping score at home, Boston City Council recently voted to rescind the “Shadow Laws” which limited the height of new construction to prevent the casting of shadows over the Commons and Public Garden. It has been reported that as of last month, the City and Millennium Partners finalized a tentative agreement by providing significant financial aid for the Greenway. The matter is now before the State Legislature, who is being urged by Secretary Galvin to further delay a decision for the sake of additional research.  Secretary Galvin’s position also puts him at the head of the Massachusetts Historical Commission, adding another level of complexity to the potential development.

Although the fate of the Winthrop Square hangs in the balance, there are still plenty of developers moving ahead to finalize other projects throughout the city. The City has one hundred development projects currently in the works, worth a total of $9.2 billion. Our skyline is certainly changing, but the exact size and shape of its outline is still yet to be determined. 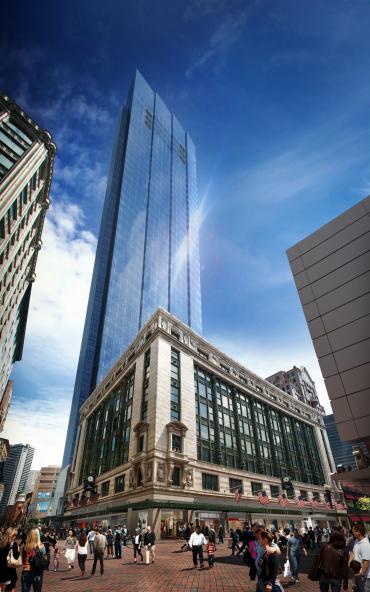